We’ve all seen lots of striped walls floating around Pinterest (and maybe my loft), but my daughter marches to the beat of her own drum and wanted something a little different for her bedroom.

She had her heart set on random scattered stripes on an accent wall. She wanted blue, white and red and for some reason, that never dawned on me that it would look patriotic until it was up on her wall. Apparently, you actually need to say it in the correct order- red, white and blue- for things to click with me!

I decided if we were going to do random stripes, why not make them 3D too?! Make those stripes pop right off that wall!!

I knew I didn’t want to use wood planks because that would be too heavy, and I wasn’t really going for the rustic look. Then I saw these STYROFOAM sheets from FloraCraft and thought they would work perfectly! 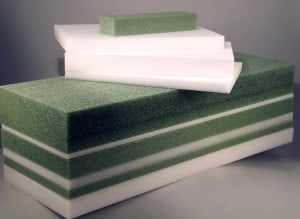 For the wall size that I wanted to cover, I got 2 sheets that were 1x12x36″ and one sheet that was 2x12x36″. I wanted to vary the depth of the sheets to give it even more visual interest. I used all white sheets so the paint would cover better.

I laid down a drop cloth, because it is VERY messy, used a straight edge to mark off my lines, and then cut them into strips. I used this serrated knife that is made for cutting through STYROFOAM and it worked very well! Then I used the shaper that came in the same set to smooth out all my cut lines.

Now it was time to move outside and paint! Most spray paints can’t be used on STYROFOAM, because it will look like it’s melting right through it. I also didn’t want to use a brush, because I would have ruined all the remaining paint with flecks of loose STYROFOAM.

This was the perfect job for my paint sprayer! And, seriously, I just love any chance I get to use this thing because it makes me feel like I’m on a TV show! I use the Finish Max from Home Right and it gets the job done SO quickly!

Now comes the part I really want you to pay attention to- hanging these pretty ladies.

I tried EVERYTHING! I swear, I did not think it would be as hard as it was! STYROFOAM is so lightweight, that I thought command strips would keep them up no problem. And they did, for about 1 month.

Then they started falling off in the middle of the night and scaring the bejeebers out of my daughter. Then we tried a heavy-duty command strip. They lasted about 2-3 months. These things were just falling off in stages! 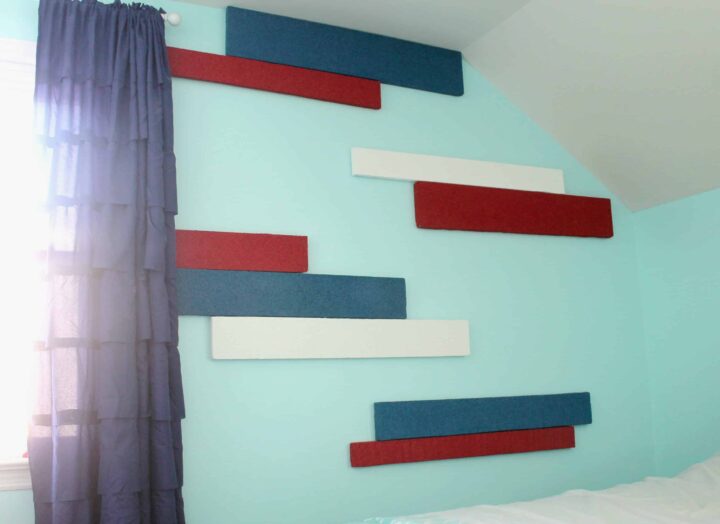 Then we tried self-adhesive velcro strips. They worked for about 5 or 6 months. I swear, every time I thought I was ready to post this tutorial, a couple would start falling off! And no matter how good the finished product looked, I didn’t want to post anything for you guys, until these things were on there to stay and I could tell you exactly what to use!

We spent so much money trying all these various adhesive methods, and the problem is that STYROFOAM is porous and eventually, it would just fall right off. Then I spoke with one of the FloraCraft employees at the SNAP Conference last April, and she suggested I just put 2 finishing nails in the wall for each board.

It was like a head against the wall moment. WHY DIDN’T I THINK OF THIS?!?

Two little finishing nails that were sticking out of the wall, and all I had to do was gently push the board right into it! I’m here to tell you, these have now been up for about 9 months and haven’t budged an inch!

This was the solution all along… and now we’re moving! : )  But we know exactly what to do in her new bedroom, so you’ll be seeing this again soon. Because she LOVES her DIY Striped Walls and it really does make such a great impact for little money!! 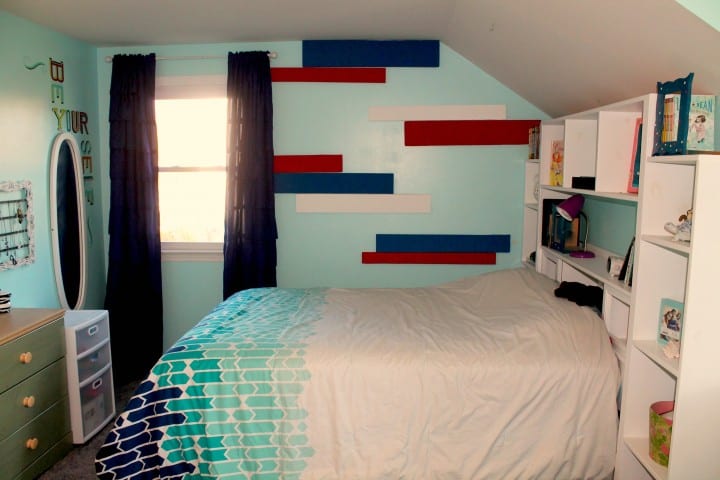 To see where this room started, you have to check out the before/after post! Here’s a not so lovely before shot: 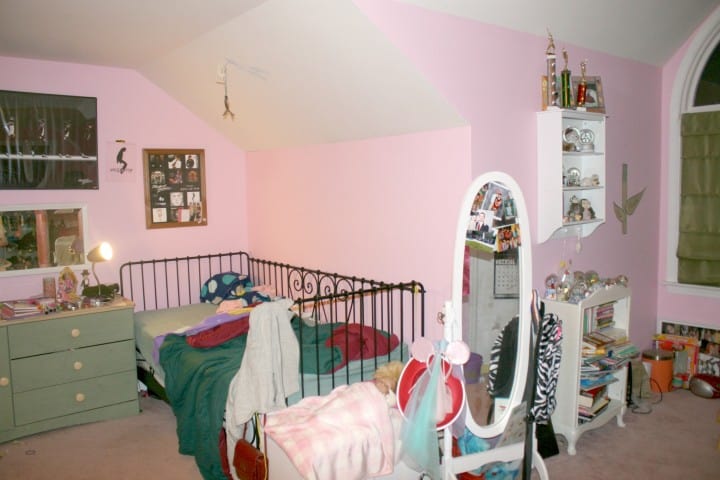 We also made her a Murphy Desk to help with her clutter issues!

and we built her Wall Unit Headboard using an outdated Goodwill piece as the starting point! 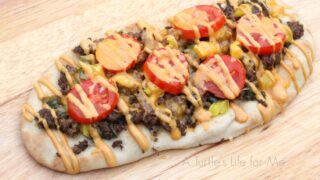 I can't see anywhere on here where it tells me the width of the stripes. It tells me the depth and I know the lengths are random but I have no clue on what ýou did for width. Help please and thanks.