I saw these Crispy Southwest Chicken Wraps from Mel’s Kitchen Cafe on Pinterest awhile ago and have been drooling over them ever since.  {If you read my blog, you know I drool a lot}

On Saturday, for the birthday dinner with our extended family, my daughter picked tacos. So I had chicken and beef tacos and all the fixings.  However, we also celebrated my brother’s birthday, so my mom made Ceasar Salad, two kinds of quiche and chicken salad sandwiches for him. And then my sister brought this shrimp cocktail dip that is just amazing. And I had made a veggie tray with dip. And there was chocolate cake and a peanut butter brownie ice cream cake.

And the entire point of this story is that I had a lot of taco leftovers.

So instead of following the recipe I found on Pinterest, I just followed the general idea and made some crispy taco wraps. 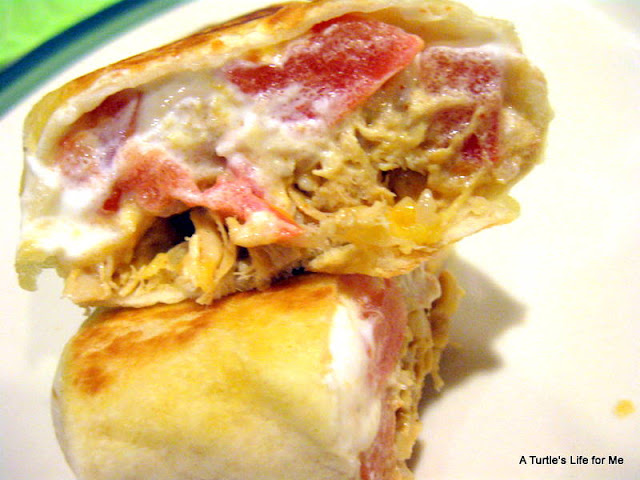 I had a couple boxes of rice that I got for free at the Money Saving Mom reader meet-up, I went to the other week.  So I quick threw a box in the microwave (it cooks in 1 minute!!). 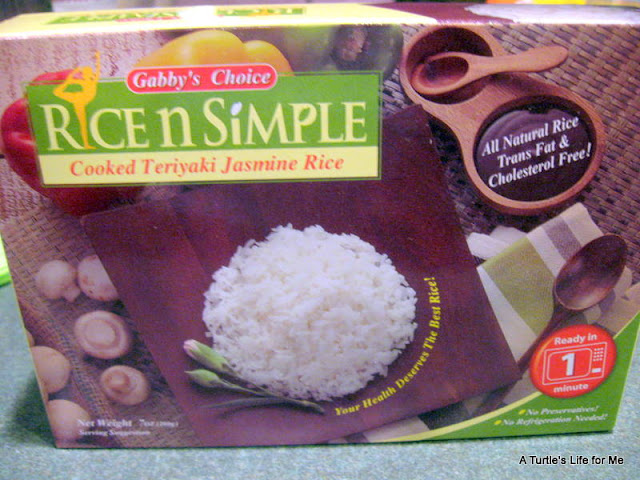 I mixed the rice with some of the leftover chicken taco meat.

Then I grabbed some flour tortillas and spread a little sour cream on the bottom.  I put a little bit of shredded cheese, tomatoes, the chicken/rice mixture and then a little bit more cheese to help act as glue for the tortilla seam.  I sprayed the outside with cooking spray and then placed it in the cast iron skillet.  I probably cooked it for about 2-3 minutes on each side on medium heat.

Then I realized I forgot to include the avocados. 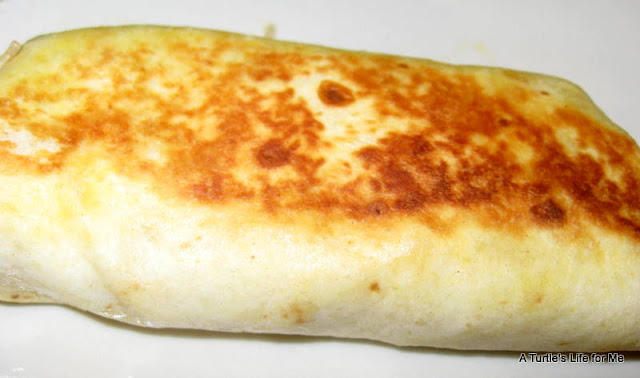 They were great!  In fact, we were in the middle of dinner and the phone rang, and my 9 year-old quick piped up with, “I guess that’s Taco Bell calling Mom for the recipe”.
He’s a witty one, that kid.  Would have been a bit more flattering if he would have picked Chili’s instead of Taco Bell, but hopefully by the time he hits 10 he’ll get it straight.
Great way to use up leftovers and feel like you’re having a different meal!

That looks so good and its making me hungry...too bad its after 7 pm here:( Thanks for sharing, I will definitely be trying

those look amazing! i'm drooling! i'm gluten free, so i'll have to try them on corn tortillas...i hope they look as good!

What a great way to remake leftovers!