Last Friday, I had about 2 hours notice before the In-law’s came over for dinner… at my invitation, but still… it was a tad rushed!

So I threw together some burgers for the grill, a pasta salad, corn on the cob and a brownie ice cream cake! This was definitely one of those “dig through the pantry till I find stuff I can throw together” times!

I was short on time, so I used a box brownie mix, but feel free to use my easy brownie recipe!   Divide the batter between 2 round cake pans and cook according to directions.  I placed parchment paper on the bottom of my pans so my baked brownies would remove easier.  After they’ve cooled for about 10 minutes in the pans, just remove the brownies from the pan and let them cool on a cooling rack.

Once they’re cool completely, set your ice cream out to thaw and grab a springform pan.  You can pick any ice cream flavor you want, but we happened to have this Reese’s version on-hand and you really can’t go wrong with Reese’s! 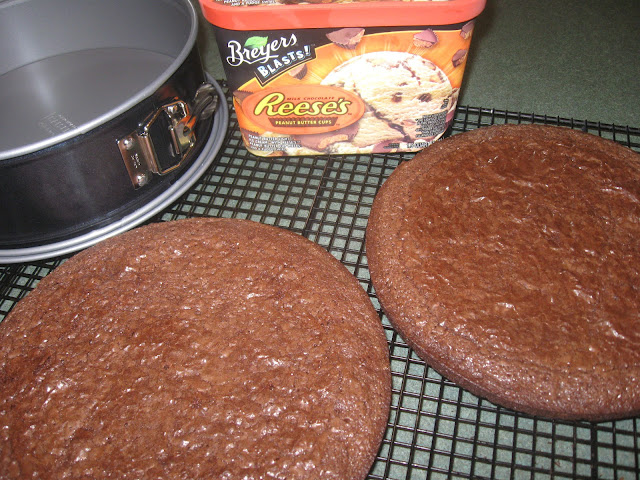 Place one of the brownie rounds in the spring form pan and then start spreading your softened ice cream on top carefully. 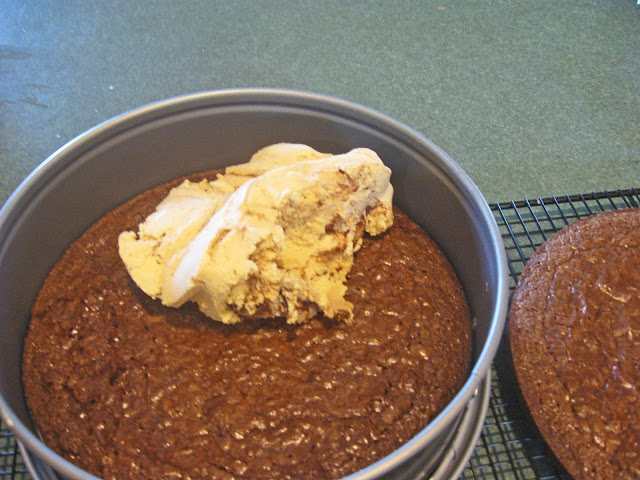 Keep spreading until you have a nice, thick, even layer of ice cream.  I probably used a little over half of the half-gallon. 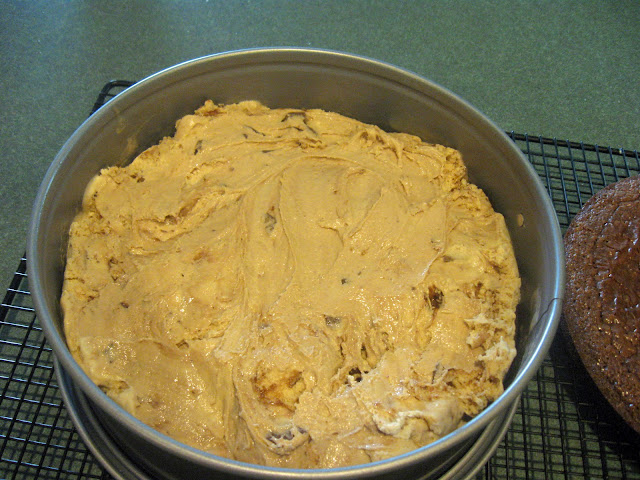 Place your other brownie round right on top and push down gently.  Cover with foil and freeze for a couple hours. 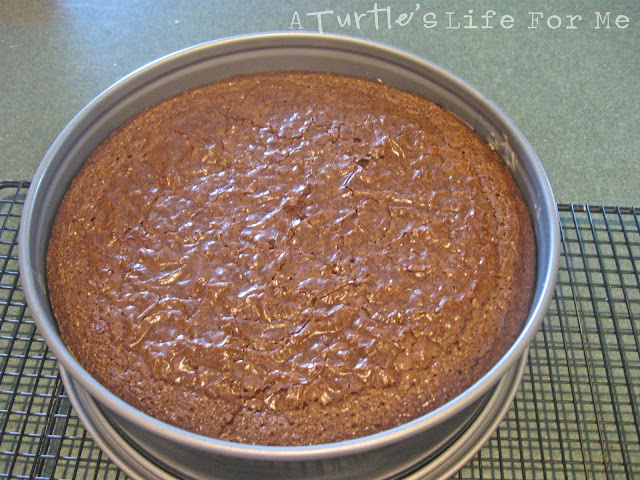 When you’re read to serve, cut cake into slices and pour the hot fudge sauce on top! 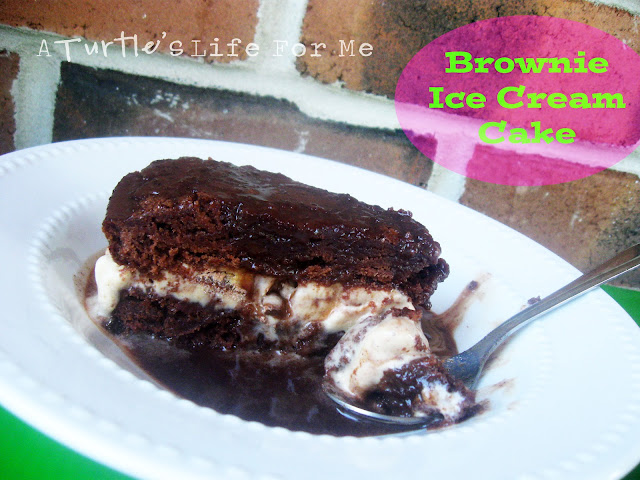 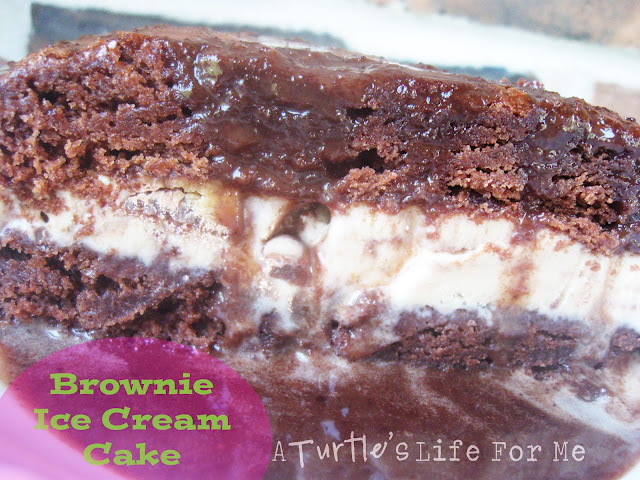 That looks so easy and completely delicious! Thank you for sharing how to make it and your recipe for the hot fudge sauce. I will have to make this soon, but I had better wait for a family event where we have to share it with a lot of people.

Now that I have gained 5lbs reading this, I have to take it further and try it. Looks decadent!

Holy Brownie BOMBNESS! I knew I shouldn't have come over here to see what you have been up to-- man.. I want this. need this. NOW!

I'm drooling at your pictures. Must make asap