This order came at just the right time, because I am positively itching to get to the beach!  I’m sure I’ll also be itching once I’m there, because sand and I don’t exactly jive all that well… but still, the thought of being on vacation and listening to the water was enough to get me excited for these cupcakes! 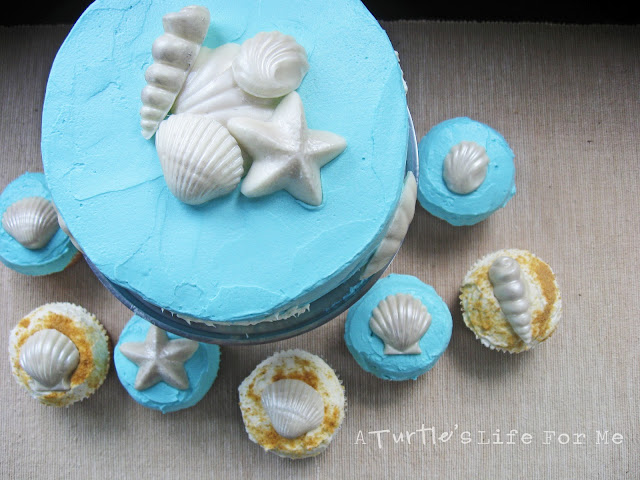 The order was for 80 cupcakes and a mini 6″ cake.  I made about 95 cupcakes, because I didn’t want any leftover batter or cupcakes at my house I try to always make extras in case I get clumsy or something happens at the site.  This order was for someone who is having a destination wedding, so they wanted to have a reception here at home before the couple takes off to say their vows!

So that meant making about 105 white chocolate shells.  I use plastic molds and Wilton candy melts to melt them according to the package directions.  Then I just use a small spoon to pour into the molds.  Once all the molds are filled, tap it gently on the counter a couple times to get all the air bubbles out. Then pop in the refrigerator until they’re set!  They should pop out easily once they’re set.  Then I take a paring knife to clean up all the edges.

For these, I wanted to make them shiny rather than the straight white chocolate look it was rockin’ originally.  I used Wilton pearl dust in white and just brushed it on with a small tip paint brush.  I tried to show the difference between the one on the left before the pearl dust and the one on the right after the pearl dust.  It isn’t showing up as such a drastic difference as it was in real life, but trust me… it definitely makes a difference! 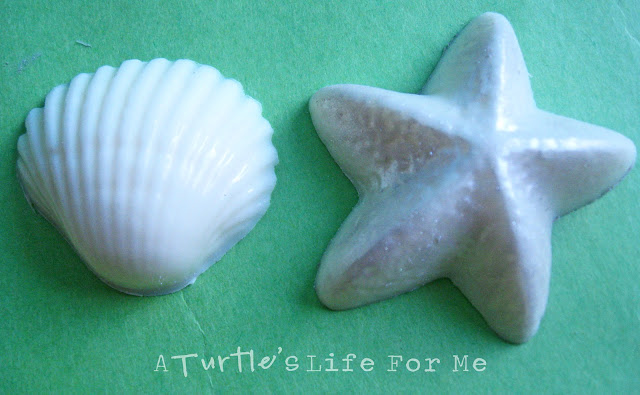 My son had a friend over while I was doing this and was showing off the shells because he couldn’t get over that they were chocolate!  I think the kid was more interested in heading outside to play, but my son was proud! 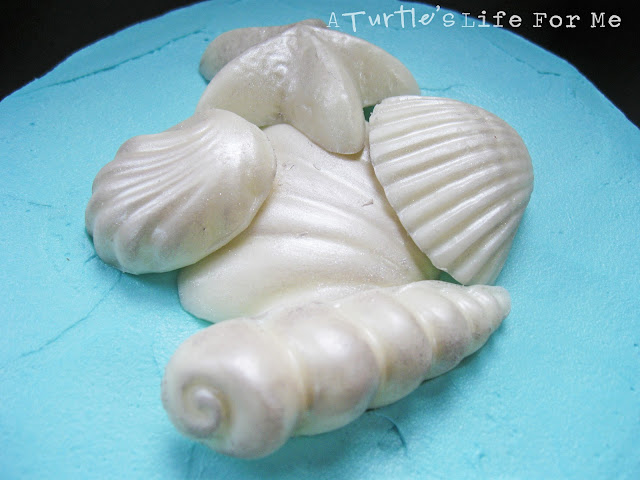 For the shells on the side of the cake, I just put a small dab of icing on the back of the shell to act as glue and then stuck it right on the cake. 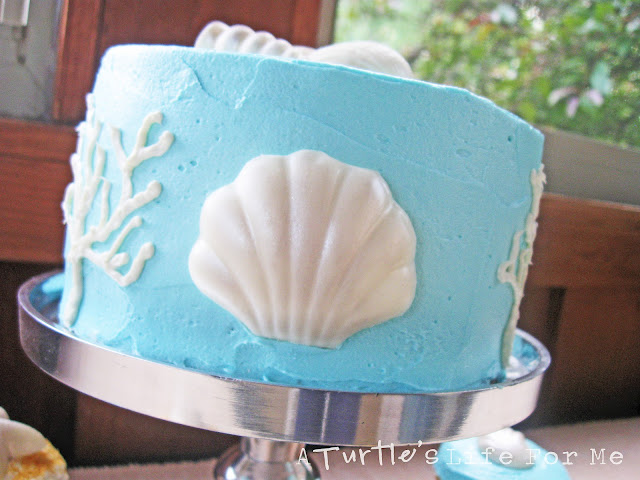 I piped the coral on using a #2 tip and regular buttercream icing. 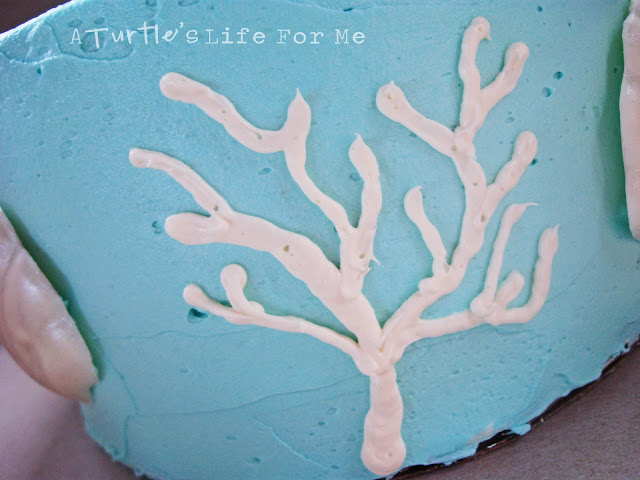 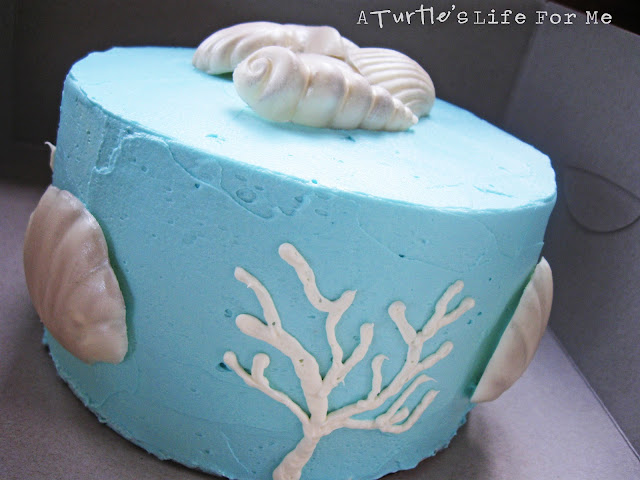 On the white cupcakes, I sprinkled crushed graham cracker “sand” over the icing just after I spread it on. 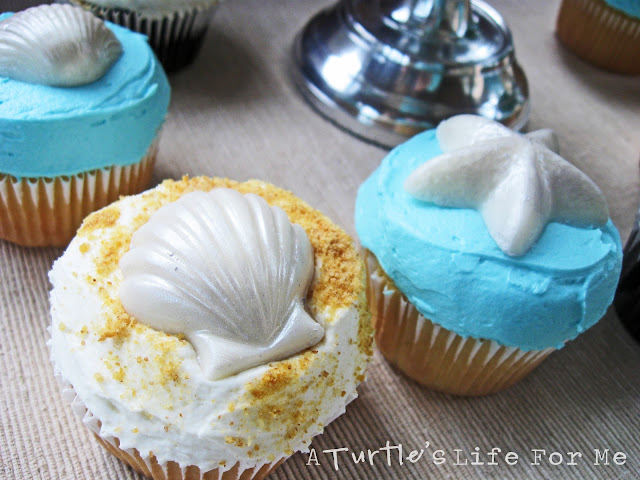 I was pretty pleased with them, but I still always am on the edge of my seat until I hear a final verdict from the customer (and the guests)!!!  Phew!  This one passed with nothing but praise, so no worries… I am breathing again!

How wonderful! I was about to duplicate the recipe myself but was wondering what mold did you use?

My name is Darlene Payan

I love the blue against the pearl, so pretty and perfect. Coming from The Shabby Nest Frugal Friday, and a new follower.

This is such a beautiful project Natalie! I love everything about it! Wishing you a wonderful weekend and Happy 4th! Angie xo

Great work. I love the shiny shells. I do a lot of fondant cakes, but frosting intimidates me. Yours looks great though! Jodi @ www.meaningfulmama.com