So today was my husband’s birthday and it wasn’t that I forgot… more like, I got a little sidetracked the past couple days and it snuck up on me.

I mean, I knew it was coming. I bought his gift a couple weeks ago and had it wrapped and waiting.  I saw cards coming in the mail and heard other people mentioning it. We went out to eat last week, because I remembered we had a school even tonight.

I mean, I really did know it was coming.

And then this morning around 2:38 (I’ve been having the WORST time sleeping lately),  I remembered that it wasn’t just coming any more. It was here.

So, I got off work this afternoon and ran to the grocery store, because I figured (correctly) that he wouldn’t want leftover chili again tonight.

I found some chicken breast on sale and knew I had a pack of bacon in the fridge and figured I could whip something up. I ended up pretty much following 2 recipes I found, even though I measured nothing!

The first was for Honey Glazed Chicken & Bacon Bites from Kayotic Kitchen and they were delicious!  The kids adored them and my son has already requested them for his birthday (in January, mind you).  I made mine a bit bigger then the recipe suggested because this was our main dish.  Mine were probably 3-4 bites each.  I just mixed up some honey and stone ground mustard (a tad more honey, but remember, I don’t really measure).  I left out the lemon juice.  Just wrapped the bacon around the chicken and pressed it in, and then brushed on the sauce. 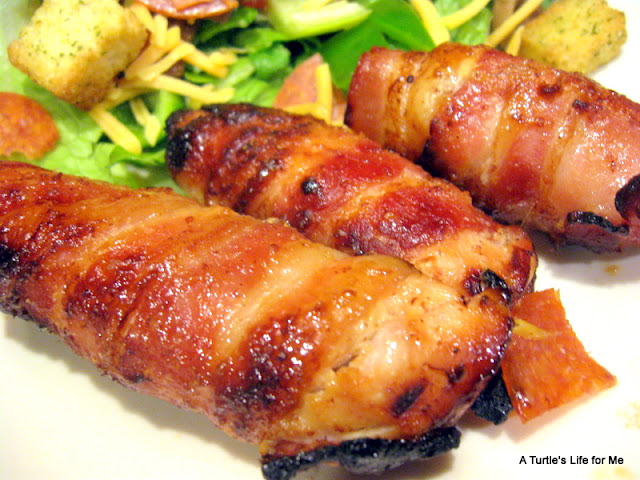 With the other half of the chicken and bacon, I made some Bacon-wrapped Jalapeno Chicken Bites from Salad in a Jar.  With these too, I made them bigger and just winged the measurements. I pounded them thin, spread some cream cheese on, used some canned jalapenos that I must have been saving for nachos and then wrapped the bacon around it.  I skipped the whole toothpick step.  I baked these instead of grilling them and for both recipes, I found it took about 30-40 minutes until the bacon got crispy.

These were amazing too and I will definitely be making them again for a football party (bite-sized!).  These were my hubbie’s favorite and since he is the birthday boy, we’ll count these as the winner! 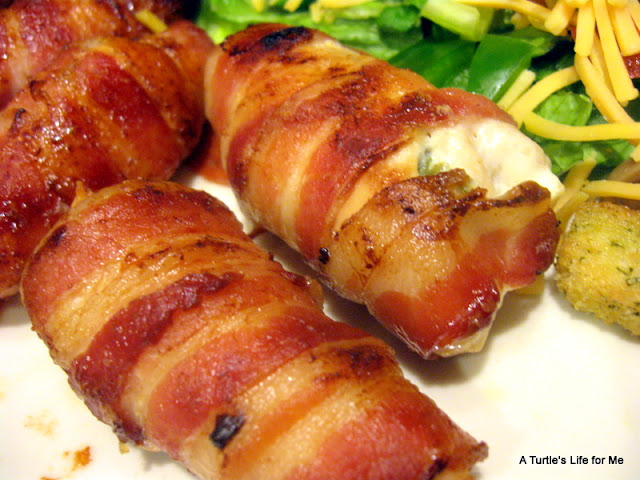 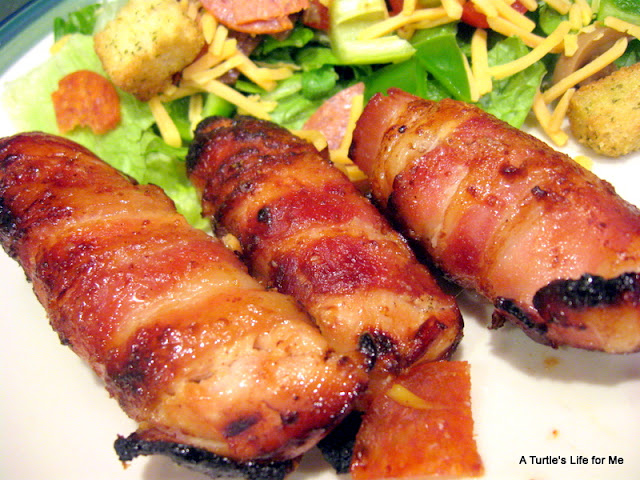 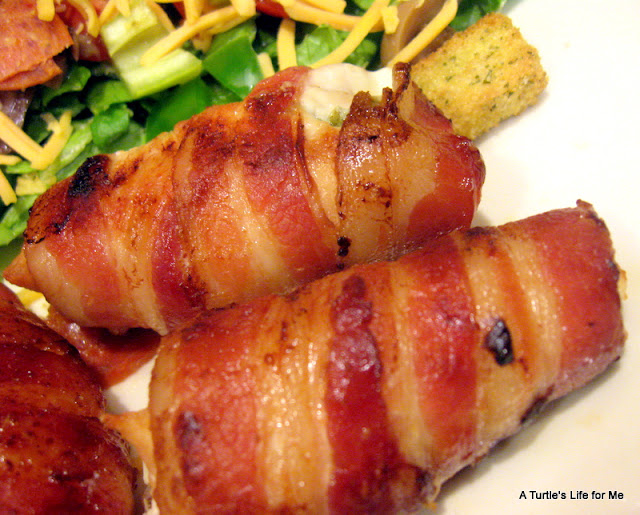 Linking up to:
Tip Junkie,

Gona try these this week - If they get the nod of approval from my big and lil guy, we just might add them to the meal plan :) Thanks for sharing..Now Im hungry. lol

These look delish!! I have made jalepeno halved & gutted with cream cheese inside & wrapped in bacon & they are amazing, so all definetely need to try these too. Thanks for the recipe

What temp do you cook them at?

Those look so good! Thanks for sharing! I love reading your blog! I always have to post anonymous, because I have trouble getting the profile part to work, but I just wanted to let you know why I always post with no name!

Our friends make these and so delicious! YUMMY!!!