Yesterday I threw a BaByQ baby shower for one of my best friends and her husband!  It’s their 3rd baby and a bit of a surprise, so I didn’t want to throw a traditional shower!  I wanted it just to be a casual, co-ed bbq where nobody had to bring gifts… just their smiles and their A-game!

The decorations were very sparse since it was just a bbq. I made a banner that said “Oh Baby!” and a button monogram.  I tried my hardest not to be too theme-y, but couldn’t seem to stay away from “cute as a button!”.  Buttons just make me swoon! 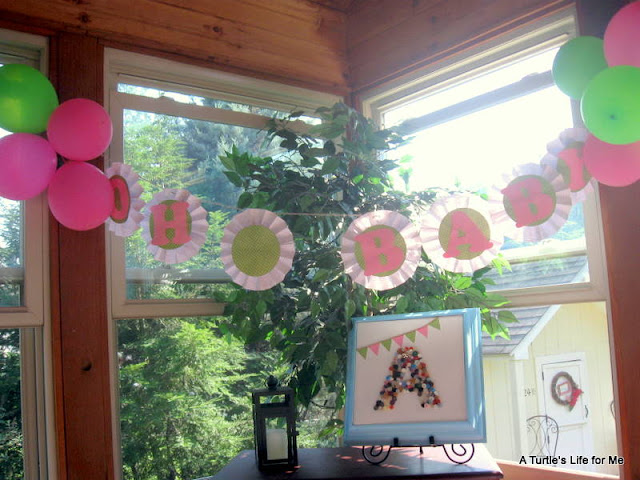 For the button monogram, I just took the bottom to a shirt box and cut it to fit the frame then hot-glued it in.  The frame was one I had picked up for free at a thrift store the other month.  I bought a bag of buttons for $1 at a different thrift store, so this project was $1 total. 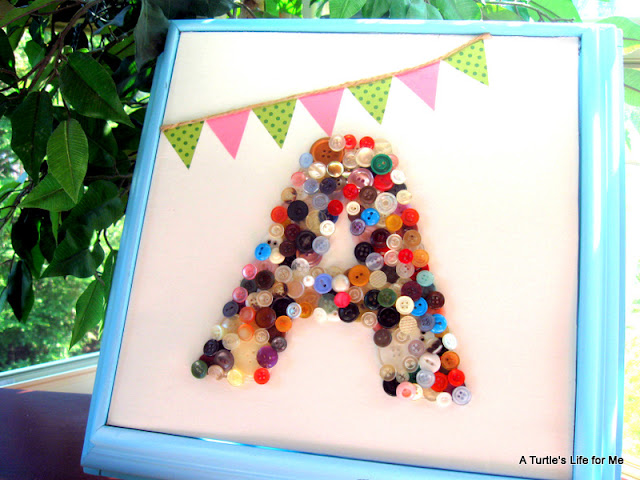 I also cut fabric into strips that I tied onto a length of twine and pinned to the tablecloth to dress it up a bit. 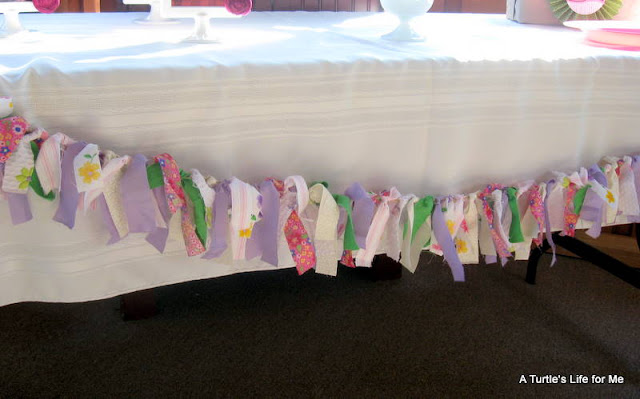 I grabbed a chalkboard from my daughter’s playhouse and had her and my sister write on it (yes, I know it should say “like”, but it was free help and I had already barked at them 26 too many times). 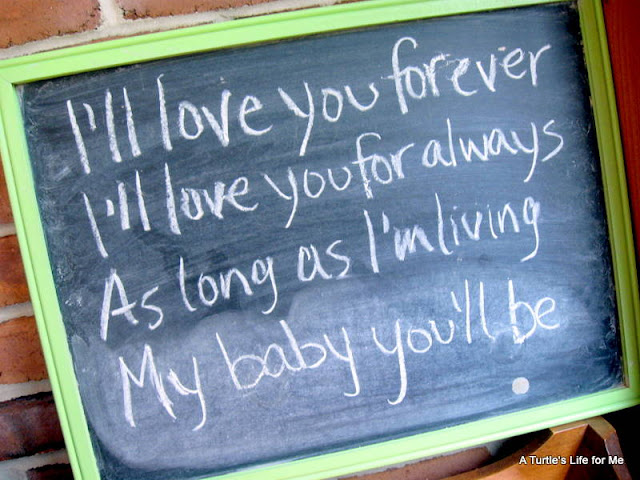 My other sister got me bottles of bbq sauce that I covered with scrapbook paper for the favors. I got this idea from The DIY Show-off and it was a big hit and so easy!

I also found a site called Beer Labelizer where you can make up your own beer labels and print them for free! 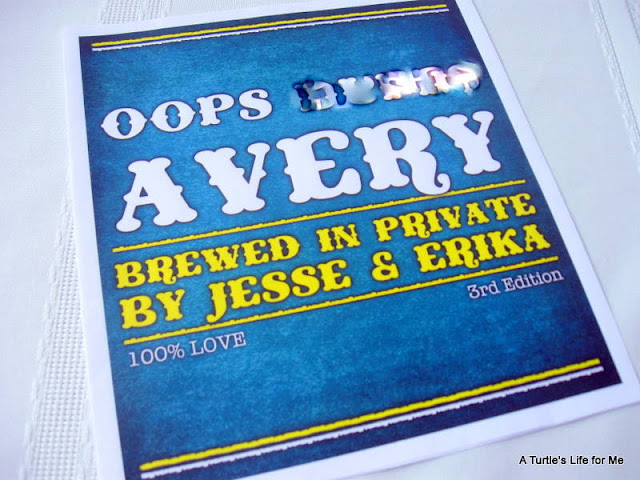 I had to trim them to fit the bottles but then I just used a glue stick to attach them. 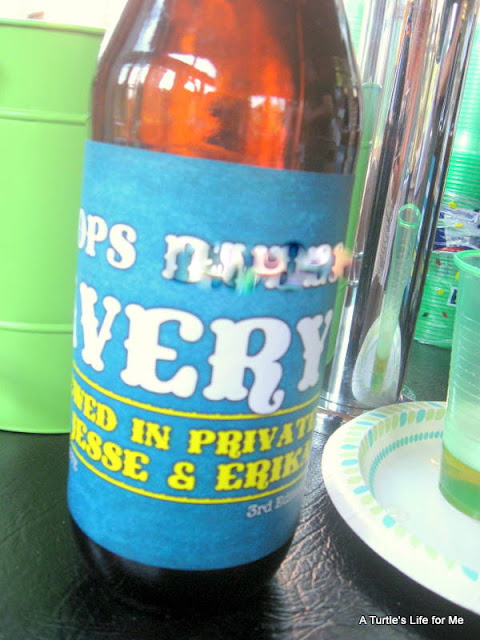 For food we just had a hot dog/brat bar with tons of toppings and then all the sides. 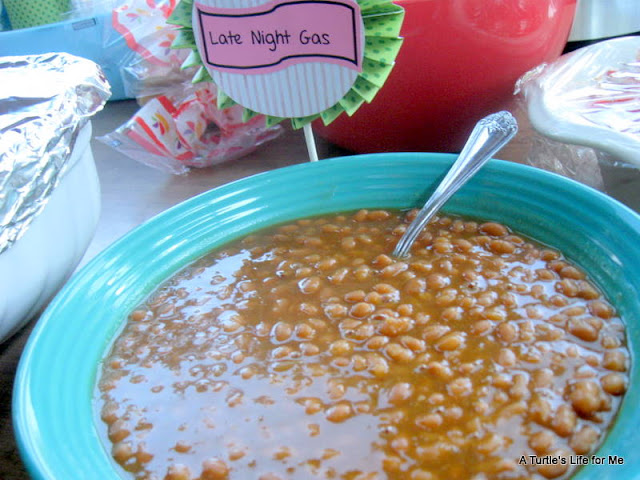 Some cute as a button peanut butter cookies that I saw over on Bakearella. 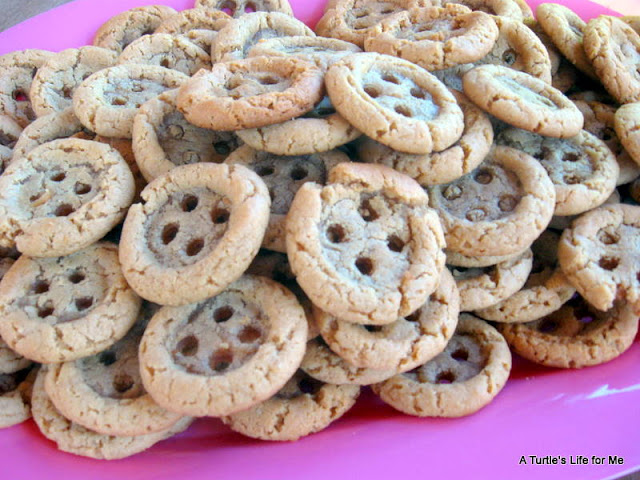 Some buns in the oven that were just pre-packaged pecan rolls with a lollipop stick in them. 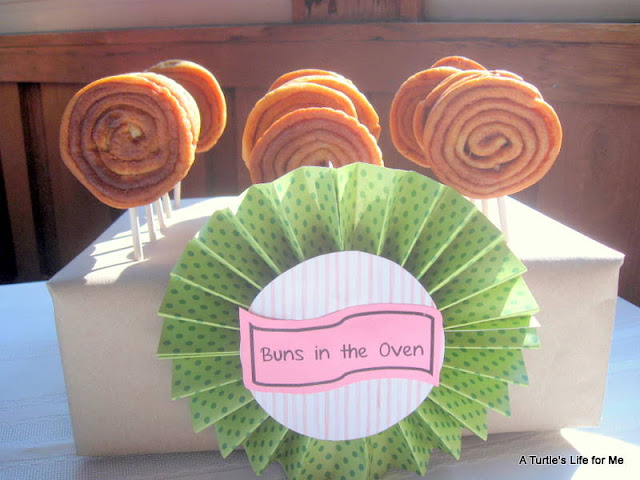 I made a cake, of course, because cakes are always a good choice! 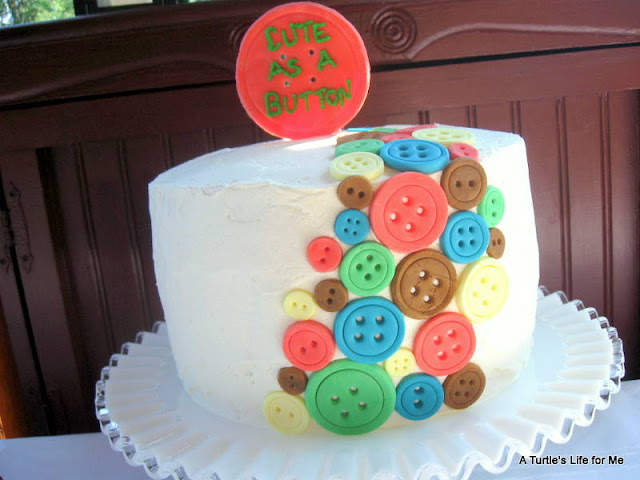 And I had a little bit of fun with the drinks… 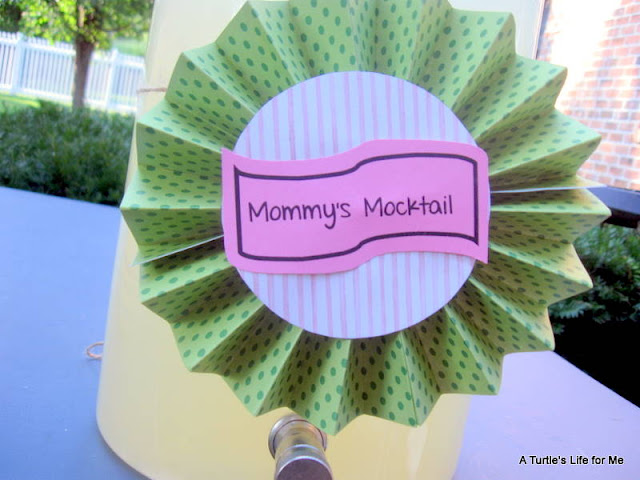 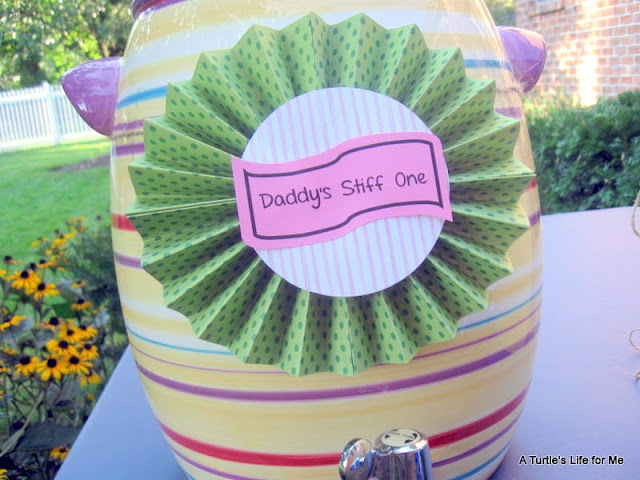 Instead of a book or frame or other memento for the guests to sign, we made birthday wishes for the baby.  My sister did this at my niece’s shower a few years ago, and I just love it!  You have small pieces of paper with a birthday number on it, and a guest writes a wish or note for the baby to read on that birthday.  Each wish gets wrapped around a candle and nobody reads it until it gets unwrapped on that birthday so they can use the candle.  We did every year from ages 1-18 and then just hit the big birthdays- 21, 25, 30, 35, 40, etc.

I found a chipwood “wallet” that I added a little pennant banner on to keep all the candles in.  I was going to add vinyl to the other side that said “Avery’s Birthday Wishes”, but my blade on my Cricut needs replaced so it just wasn’t happening. 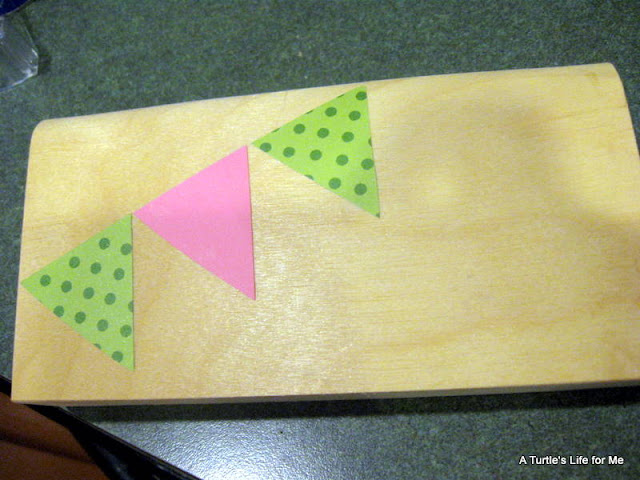 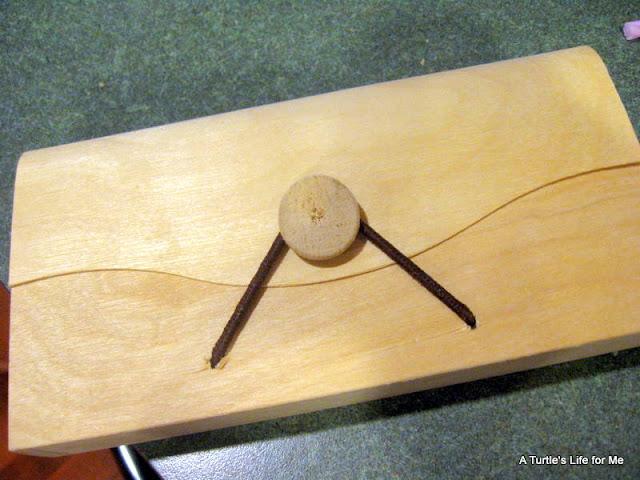 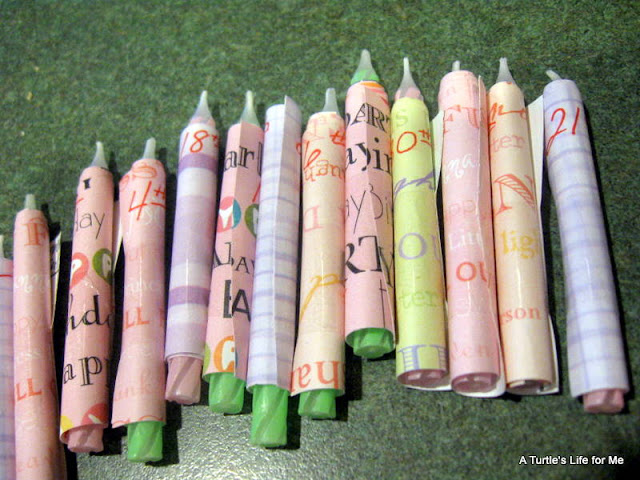 The only shower game we played was making the guys drink beer out of a baby bottle to see who could finish first!  We only put 4 ounces in, but it is HARD!  The winner got a cookbook for wings/burgers/beer recipes. 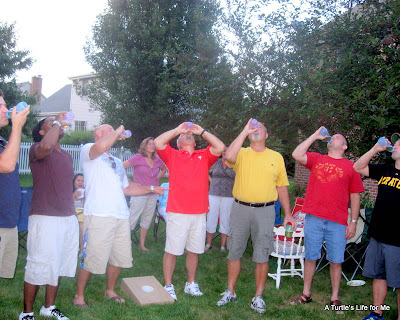 And for their gift, I made them a personalized Family Rules sign, (and I may or may not have bought them this book too.) 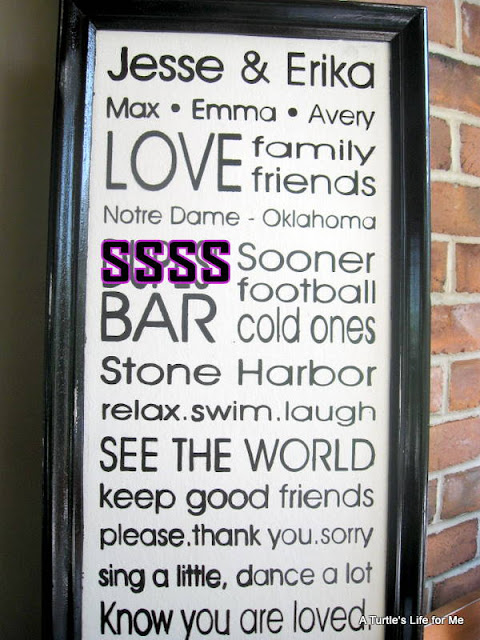 BaByQ Baby Shower - A Turtle's Life for Me

[…] baby showers?! I think this idea is great. And, what better theme for a co-ed shower than a “BabyQ“?! Any shower that has the men drinking from baby bottles MUST have been a great […]

I love this idea, and im doing it exactly... quick question, what did u do for invites

[...] baby showers?! I think this idea is great. And, what better theme for a co-ed shower than a “BabyQ“?! Any shower that has the men drinking from baby bottles MUST have been a great [...]

SO cute! I love the button cake and the Mommy's Mocktail. :)