I’m running in circles this week trying to keep up with everyone and everything, so you guys get to sit back and take in the viewing pleasure that is…

I know, I know… so much excitement for a Wednesday.  You guys can handle it. I promise.

First on the runway, we have one of my favorite cakes!  This was for my daughter’s kindergarten teacher who had just gotten done a unit on Chicka Chicka Boom Boom!  Everything is buttercream icing except for the palm tree leaves which I just used a paring knife to cut out of fondant. 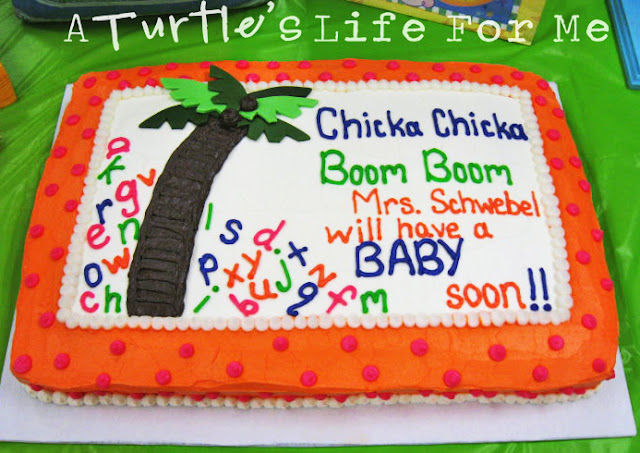 This little blue and green beauty was for a couple who was adopting their first baby and they hadn’t picked a name yet!  It was based off of the napkin they were using for the shower, and, yes, the stripes were wavy on the napkin so that was intentional! 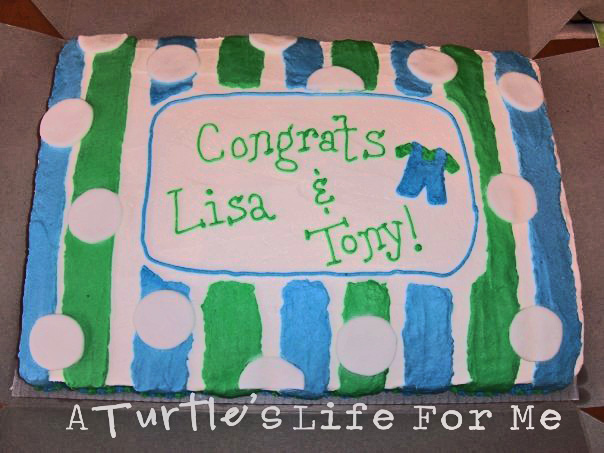 To be honest, I don’t even remember the story behind this one which is awful!  I love remembering the people behind each cake, but I’m just drawing a complete blank!  I do know that the party it was arriving at wasn’t exactly anywhere close to my house, but days later, the librarian at my kids’ school told me she was the baby shower where this was served! 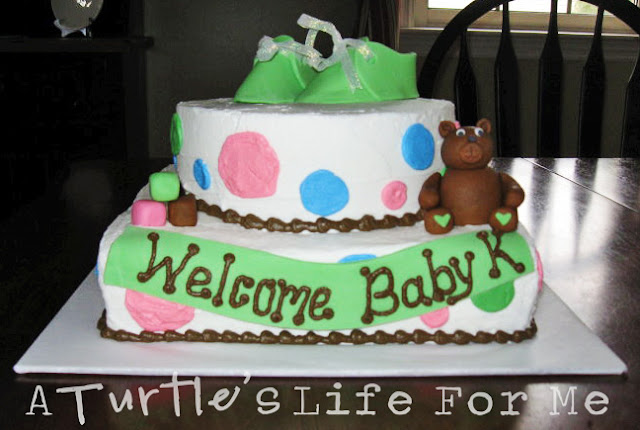 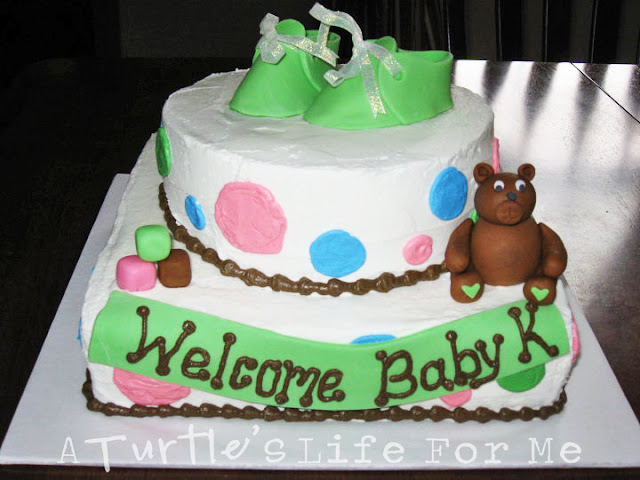 Linking up to:
The Frugal Girls

Cathy (aka Catherine) and Bill (aka William)

Alright. You are So very talented.. like seriously... girl! you are GOOD! Those cakes are adorable and I love them, and would like to taste test them soon... can we arrange that?

Wow, you are so talented!!