I don’t really either, but I know I love it!  About 3 or 4 years ago, my friend mentioned that the girls in her family get together every Fall and go apple-picking and then go to one house and make applesauce.  I thought it sounded cool, but didn’t really think my girls would be too into it.  Then my mom happened to sit beside this friend at some kids’ sports game and by the end of the game I was being hounded.  “Why don’t we have Apple Day?”  “Did you hear what they do at Apple Day”  “Doesn’t Apple Day sound like fun?”  “When are you having Apple Day?”

And thus, Apple Day was born.

I think this is our 3rd year, but it could be our 4th.  Time isn’t really my specialty.  All the girls meet at a local apple orchard and pick about 7 boxes of apples.  We take it all back to my house where I have crockpots of regular and white chili waiting and baked potatoes straight from the oven.  All with toppings waiting to be glumped on top.  Usually I have a crockpot of homemade hot chocolate waiting too, but this year decided to go and be 70 degrees on me. 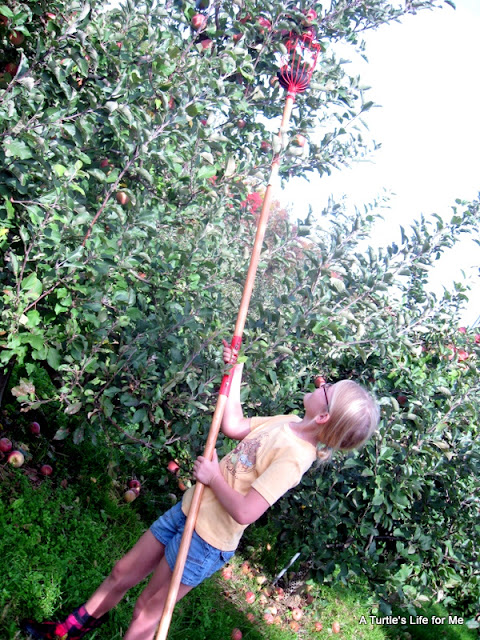 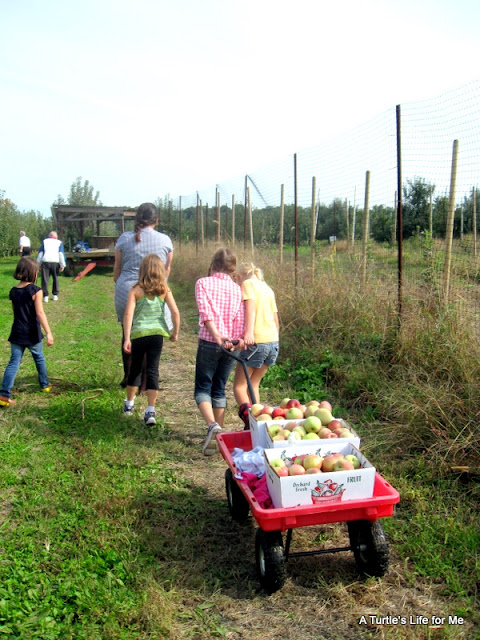 The only “instruction” is, you’re supposed to come to Apple Day with an apple recipe to make and enough ingredients to make a couple batches of it.  That way, at the end of the day, we can split everything up and we all go home with a portion of each recipe!  We all get to work, eating, peeling and mixing!

The kids get put in the sunroom to make caramel and chocolate apples with all kinds of fun toppings!  This year my cousin had them making faces and all sorts of silly apple monsters! They were fantastic! 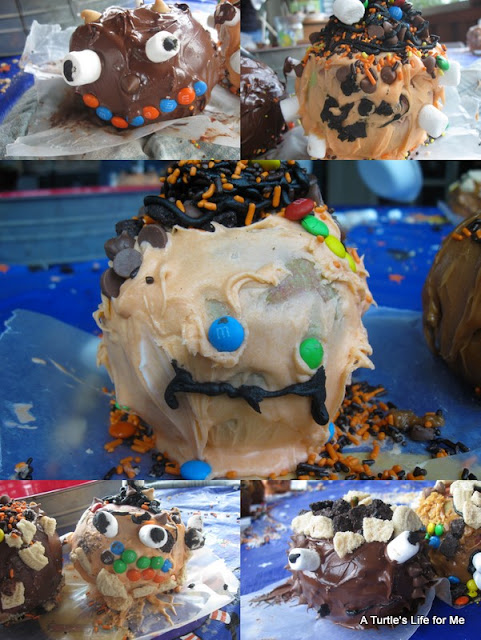 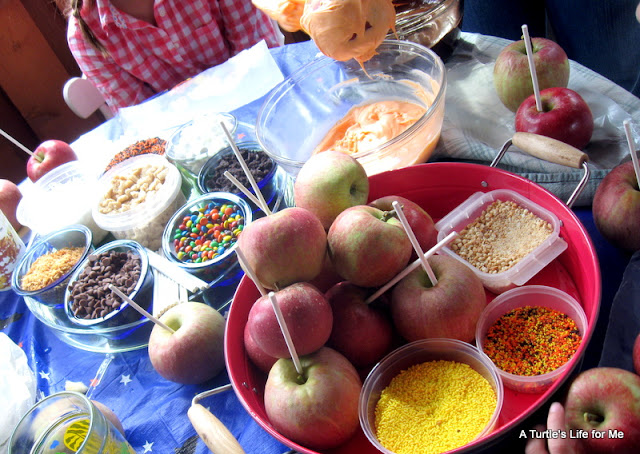 I think this year there were 14 of us, and I’m not sure how it works, but somehow we get everything made and don’t bug each other too much!  It’s actually a really good time!  Just the girls are hanging out, catching up, putzing around each other.

And the recipes this year were top-notch!  I think this was my favorite year in terms of the actual food we made!

I made Apple Toffee Blondies that I found on Cookies & Cups and they were beyond good!  I’ve made them 2 more times since then!  Just be sure to check that they are set in the  middle, because we didn’t on one of the pans and it was a big gooey mess that was perfect as an ice cream topping! 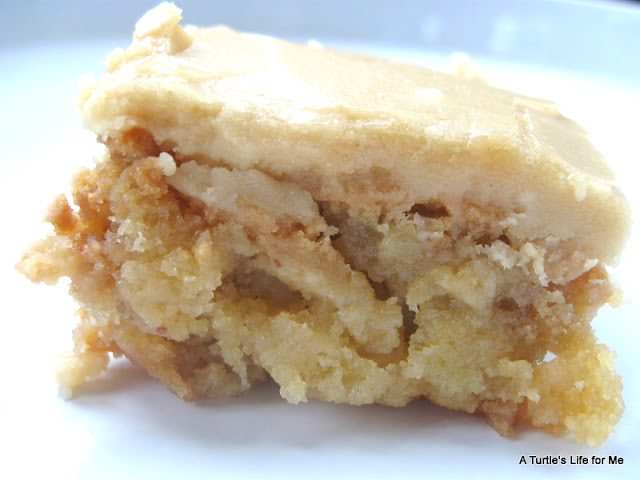 I also made some Graham Cracker Caramel Apple Cookies from Baking Junkie, that I’ve made a bunch of times to rave reviews!  I just drop a blob on the cookie sheet, though, rather than use a muffin top tin.  And I leave off the glaze because I just don’t think it needs it.  They are seriously good stuff! My share of these all got frozen and we just pull one or two out when we need one.  And I do mean *need*. 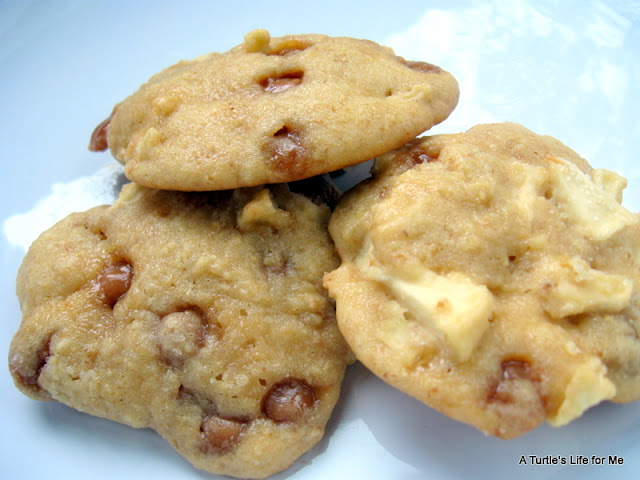 My other sister made an Apple Dabble Cake that came out perfectly.  You guys seriously have to try this recipe.  It gets so gooey and crispy on top and is just brown sugar perfection. 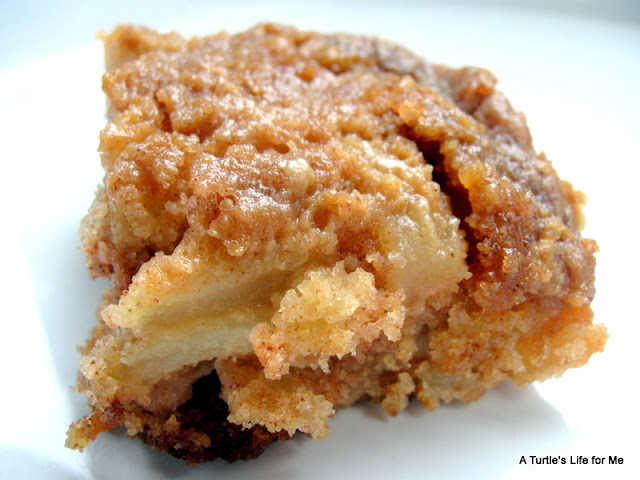 My other sister made pie filling to be frozen and gave us each a frozen pie crust too.  She also made some toffee dip for apple slices.  I think I saw her using cream cheese in this, but I’m not even sure but it was fantastic and I definitely need to get the recipe! 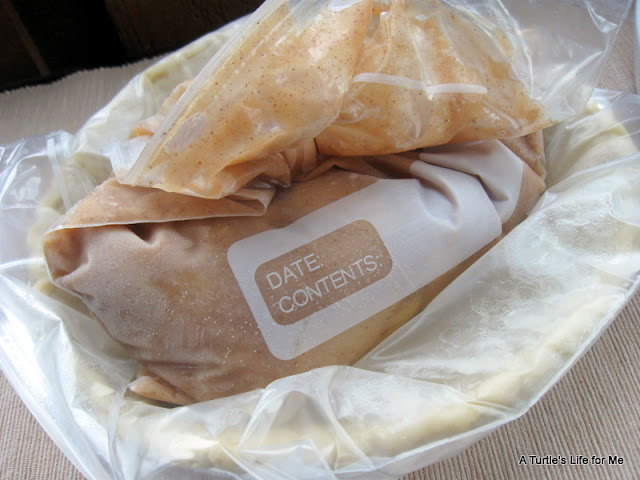 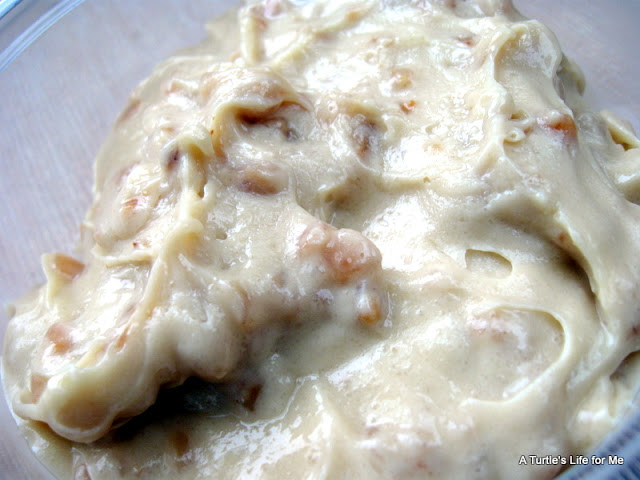 My mom made some mini Apple Donut Muffins that the kids were gobbling up so fast we almost had to start hiding them.  I think I need to start a new thing next year, that everybody has to bring copies of their recipes… 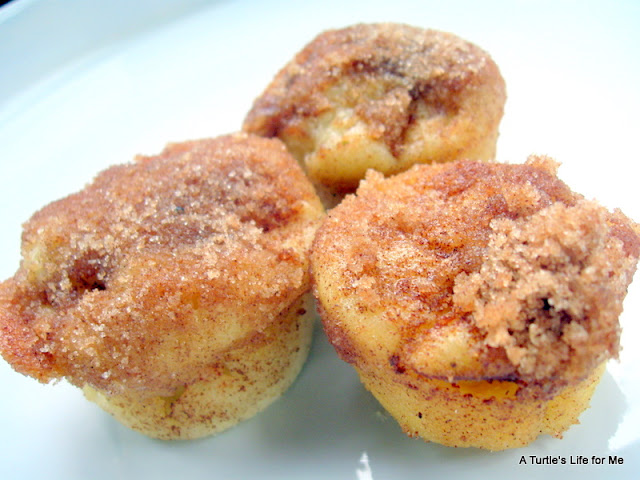 My sister-in-law (I think that might be the first time I’ve ever said that!!), made bite-size apple gallettes with coarse salt sprinkled on.  Really good, especially with the caramel sauce drizzled over it. (yes, I live for caramel). 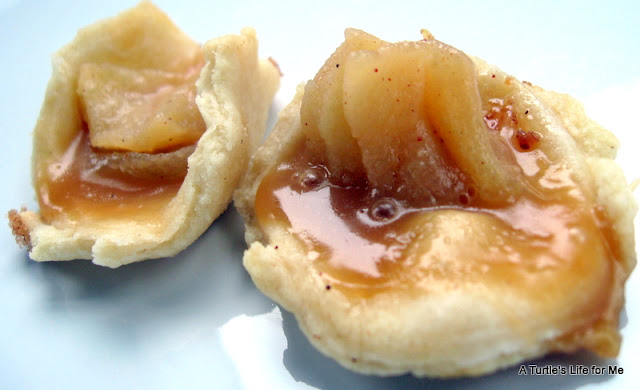 My aunt and grandmother made 2 different kinds of apple crisp that I don’t think made it past the weekend in my house. I mean c’mon, what were we supposed to do when there was even vanilla ice cream in the freezer?? 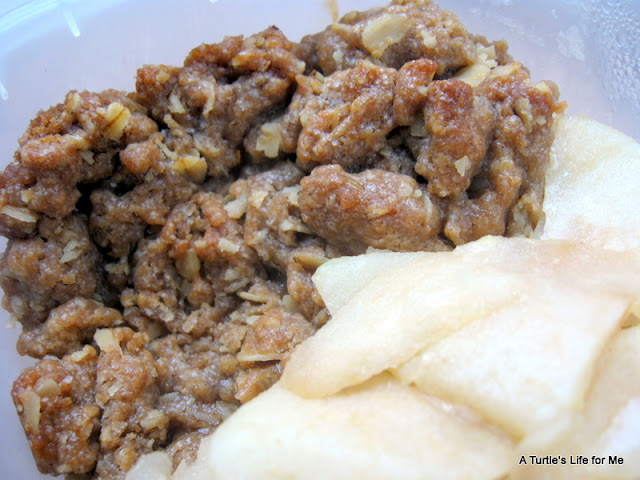 And, in full disclosure mode… this actually happened a month ago, but October just whoops my behind.  It’s a crazy month and I can’t even begin to keep up, so I don’t attempt to.

oh my gosh, that looks so good! i'm stopping by from the lovely poppy and would love for you to come by and checkout the huge giveaway going on that ends thursday- http://thelovelypoppy.blogspot.com/2011/10/blog-follower-giveaway.html xoxo nicole

Wow! You are in baking Nirvana. :-) It all looks delicious, and I love the pictures of your family at the apple orchard.

Bliss Images and Beyond

I'm so jealous that you do this kind of stuff...we need a tradition like this!

Do you have the muffin recipe? They look great, and we pick apples every year, I'm looking for something new to do with them!IF you could email me t is would be awesome. Missy22giggles@yahoo.com