This post is sponsored by Pony Royale. I was selected for this opportunity as a member of Clever Girls Collective, and the content and opinions expressed here are all my own.

A couple years ago, I made some horse cupcakes for a friend’s daughter to take into preschool.  I kid you not, my daughter has never stopped mentioning it since.  She wanted one of those cupcakes in the worst way and just couldn’t seem to let it go!  So when I was approached to host a horse party featuring the new Pony Royale collection, I just knew I couldn’t pass it up!  Here was my chance to make that girl a horse cupcake and let this old grudge die!

The boxes came in the mail filled with Pony Royale playsets and a map of the kingdom that also served as a placemat. 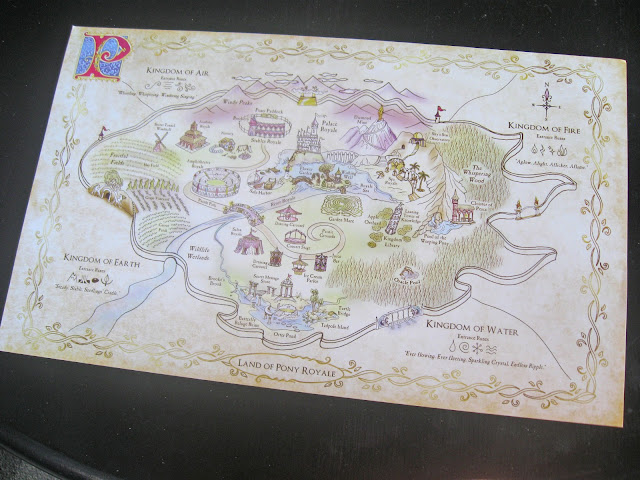 I didn’t let my daughter even see these before the party, because I wanted her to be surprised like everybody else!  I took some of the ponies out of the packaging before the girls even arrived.  I highly recommend this!  These little ponies come with some major accessories and it can be extremely time-consuming trying to open them while an excited little girl is (im)paitently waiting!  Just ask my husband, he knows all about it!

I also left some in the packaging for the girls to take home as favors. 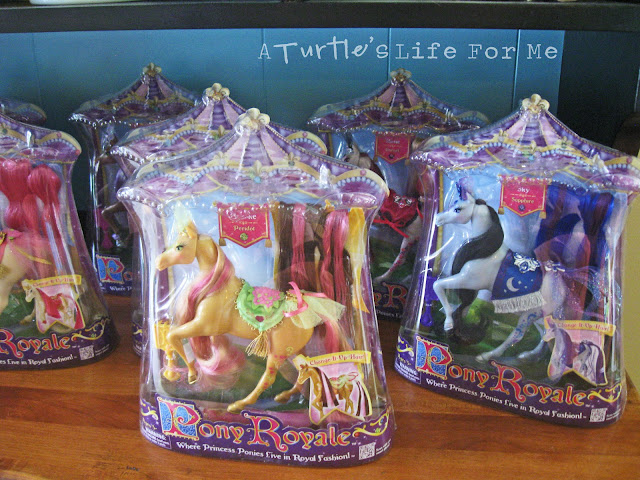 We ate just like horses would… with carrots dipped in ranch dressing, 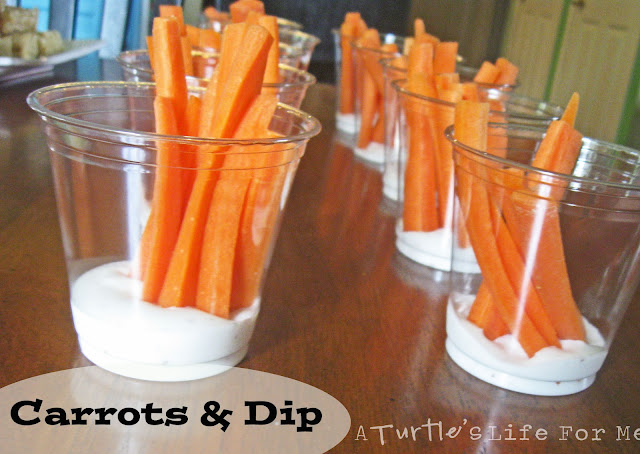 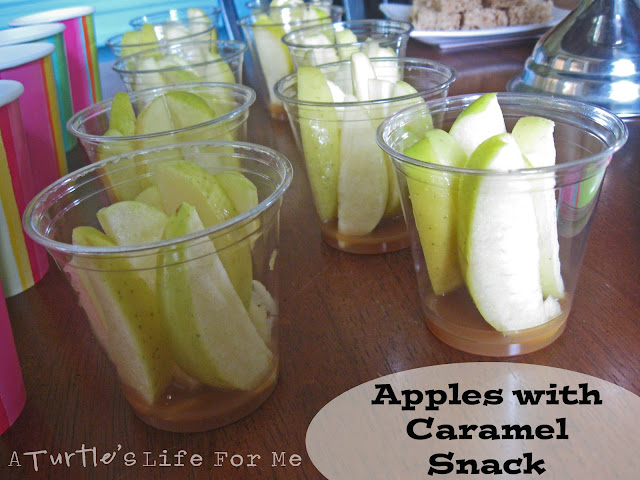 and rice krispie treats that looked like little haystacks. 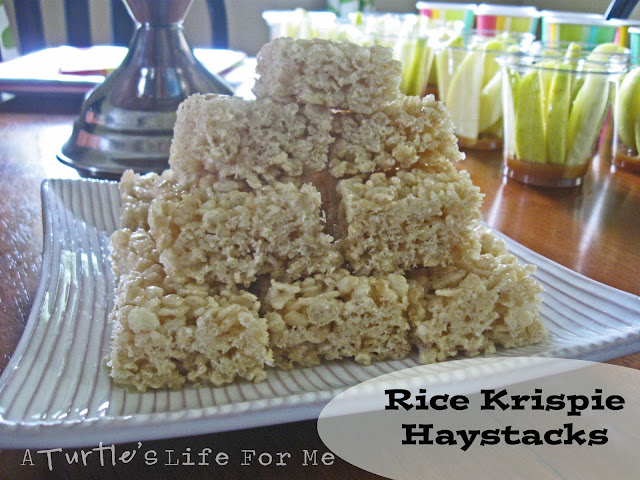 Okay, so maybe not just like horses eat, but the girls seemed to appreciate the little theme we carried throughout! 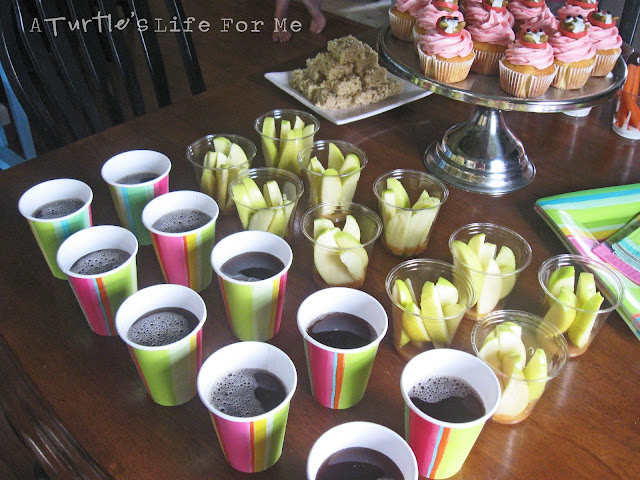 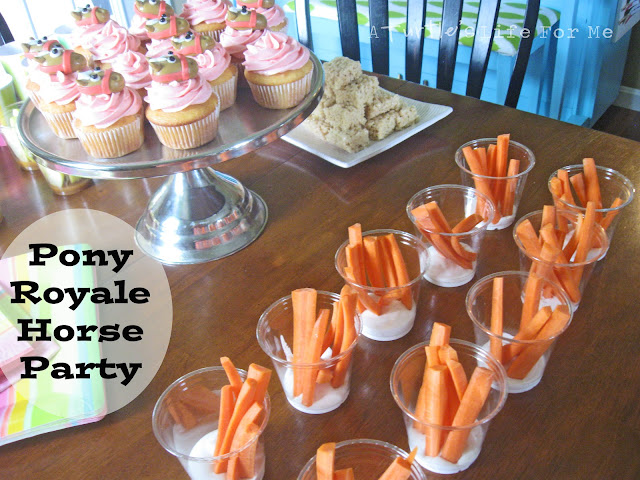 The maps on the back of the placemat were a big hit and the girls were all pretending they were marching their horse through the kingdom. 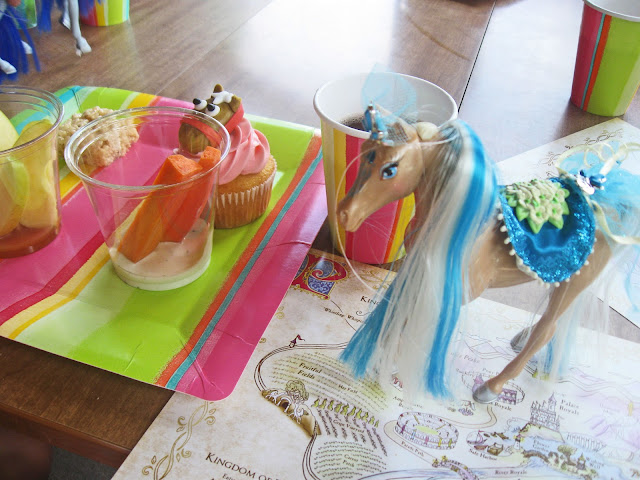 Then it was time to get down to business!  Playtime that is!  They were so tickled when they realized they could remove the pony’s hair and replace it with new hair!  I even heard somebody scream that they were like transformer horses.  So much fun to have interchangeable pieces and brushes to comb their hair!

I did not disappoint my daughter this time… I caved and made her her little horse cupcakes.  You know, the ones that got devoured in 1.4 seconds! 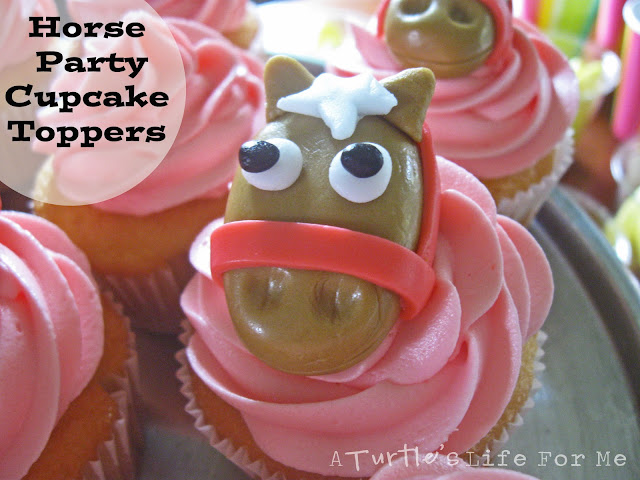 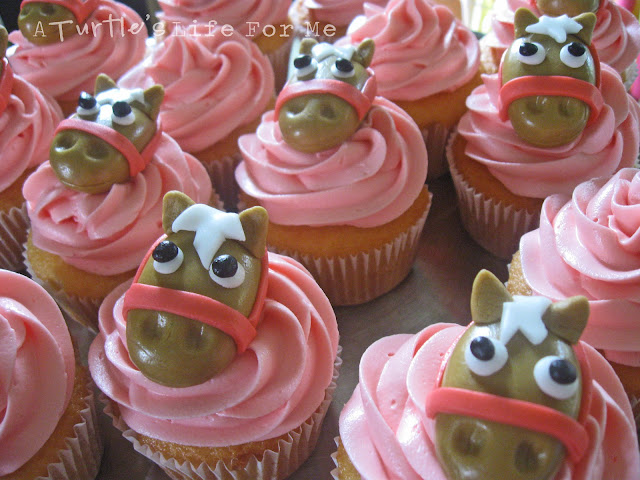 We seriously had so much fun chatting, and marching the ponies around!  I had a couple little games planned, but the girls just wanted to keep playing.  It was a great party for me, because normally the kids are all over the basement and bedrooms and running around outside.  But for once, we had a party that stayed right there on the living room floor, playing with one toy that all got taken home with them when they left!  Score 1 for the party favor that leads to no clean-up for the host!

Everybody was all smiles when they left that day!

You are so talented! I love the whole setup. Can you share with me how you made the adorable cupcakes?

HI Beth! Thanks so much for the nice comment! The horses heads on the cupcakes are just made out of fondant. It's just like playing with playdough! Just take some brown fondant and roll it in a circle and then flatten it to a more oblong shape. The rest of the pieces are just more pieces of fondant that are either rolled or shaped with my fingers! So much easier than you would think!

catching up on my blog reading.....carly happened to be looking at this with me and she saw the cupcakes and said "I ATE THAT HORSE!!!" thanks again - she is still playing with her ponies!

What a fantastic idea! I have a girlie girl who loves horses and would adore a party like that.

This party looks so cute and a girls dream! Love those horse cupcakes! Love the haystacks.. and the personal cups of apples/carrots! Great Party!!

Corn in my Coffee-Pot

That looks like tons of fun! I always enjoy seeing the cute little cup cakes! The healthy snacks... Kudos to you for that one. have a great week, Pat